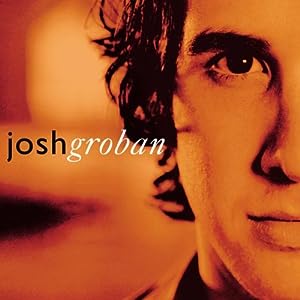 $5.57
As of 2023-02-03 02:08:22 UTC (more info)
Not Available - stock arriving soon
Buy Now from Amazon
Product prices and availability are accurate as of 2023-02-03 02:08:22 UTC and are subject to change. Any price and availability information displayed on http://www.amazon.com/ at the time of purchase will apply to the purchase of this product.
See All Product Reviews

Description of Closer from Reprise / Wea

Top40 Music Store are happy to present the famous Closer.

With so many on offer recently, it is good to have a name you can recognise. The Closer is certainly that and will be a perfect purchase.

For this price, the Closer comes highly recommended and is always a regular choice amongst most people. Reprise / Wea have provided some excellent touches and this means great value.

Josh Groban, the biggest-selling male debut artist of 2002, returns with his second studio album, Closer. With his self-titled debut Top 10 and triple platinum and still well in the Top 200 after 91+ weeks Closer finds the young singer once more in the studio with esteemed producer David Foster (Celine Dion, Whitney Houston, Barbra Streisand) and a handful of special guests. A sophisticated pop phenomenon, Groban is back with a phenomenal new album.

Thanks to a fortuitous intersection of talent and fate, 22-year-old Josh Groban hasn't finished his senior year in performing arts school but has already released his sophomore effort on a major major label. Fans of the young vocal phenom's debut will find much to enthrall them here, even if it nudges the singer closer to the center of producer/mentor David Foster's MOR pop sensibilities. Eschewing much of its predecessor's more overt classic-lite pretensions and pop-rock covers for a slate of dramatic, Eurocentric ballads that serve as a showcase for the singer's inviting baritone, Groban shrewdly positions himself as the American alternative to the Bocelli-Watson crossover axis. "Caruso" may find the singer falling short of its operatic inspiration, but "Oceano" and "My Confession" quickly showcase his true dramatic range (which seems to all but yearn for a bona fide Broadway musical challenge), while a vocal take of Bacalov's graceful "Il Postino" theme uses classical virtuoso Joshua Bell's violin flourishes to good effect. To his credit, Groban displays some promising efforts at songwriting collaboration on the bittersweet "Per Te" and "Remember When It Rains," while the ambient/ethnic soundscape of Deep Forest's "Never Let Go" offers a teasing alternative to the record's otherwise melodramatic production formula. Groban has found commercial triumph via Foster's mentoring, but there remains a nagging sense here that he hasn't truly pushed himself as an artist--yet. --Jerry McCulley

Beauty And The Beast

only $2.37
Not Available
View Add to Cart

only $3.62
Not Available
View Add to Cart

only $3.83
Not Available
View Add to Cart

only $5.94
Not Available
View Add to Cart