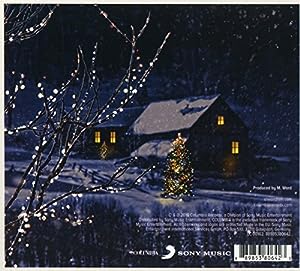 $11.98
As of 2020-09-23 00:36:33 UTC (more info)
Not Available - stock arriving soon
Buy Now from Amazon
Product prices and availability are accurate as of 2020-09-23 00:36:33 UTC and are subject to change. Any price and availability information displayed on http://www.amazon.com/ at the time of purchase will apply to the purchase of this product.
See All Product Reviews

Christmas Party is the new holiday album from She & Him, the duo comprised of Zooey Deschanel and M. Ward. Christmas Party is the follow up to their wildly popular A Very She And Him Christmas, and this new collection features guest appearances by Jenny Lewis, The Chapin Sisters and Sonic Youth's Steve Shelley.

Christmas Party is replete with holiday favorites - including classics like Darlene Love and Phil Spector's "Marshmallow World," Bing Crosby's "Mele Kalikimaka" and Chuck Berry's "Run Run Rudolph." But, Ward and Deschanel also may introduce listeners to the more obscure tracks such as folk-singer Vashti Bunyon's "Coldest Night of the Year" and the lesser know Sinatra track "Christmas Memories." Pop favorites such as Mariah Carey's "All I Want for Christmas Is You" and The Chipmunks "Christmas Don't Be Late" round out the celebration. Throughout the album is She & Him's signature stripped down take on production.

It was the positive experience they had recording their first Christmas record, A Very She & Him Christmas, in 2011 that brought M. Ward and Zooey Deschanel back for another round of holiday cheer. Much like their first Christmas record, She & Him bring an organic and minimalistic approach to their holiday covers. Highly produced classics get stripped down to their most fundamental elements, a style perfectly aligned with their vision. You won't find any accompanying orchestra or full-piece brass bands on Christmas Party. Instead, She & Him rely on friends and family to lend a simple and authentic holiday vibe to this album, one where the guest list speaks for itself.

In the years between the two holiday records, She & Him released Vol. 3, an album of original songs, and kept their affection for covers alive with Classics, a compilation of covers of their favorite standards. Throughout these intervening years and albums, Zooey and Ward gradually culled a new collection of holiday songs to re-interpret, tucking them away like a stack of presents growing under a tree. As Christmas Party comes to a close, the listener can take solace in knowing the door on this gathering is never fully shut. The sing-alongs, the happy accidents, the quiet moments with loved ones - they're all waiting for you whenever you wish to immerse yourself in the splendor of the season. As Ward himself says, "Music is one of the purest ways into Christmas."

only $6.05
Not Available
View Add to Cart