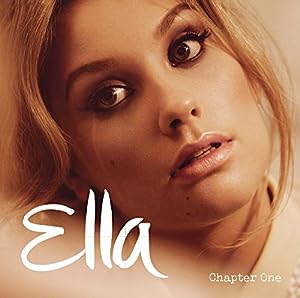 $10.84
As of 2022-12-04 00:03:32 UTC (more info)
Not Available - stock arriving soon
Buy Now from Amazon
Product prices and availability are accurate as of 2022-12-04 00:03:32 UTC and are subject to change. Any price and availability information displayed on http://www.amazon.com/ at the time of purchase will apply to the purchase of this product.
See All Product Reviews

Ella Henderson started her journey to fame as a contestant on the X Factor UK in 2012. Ella was the favorite to win the show but wound up abruptly finishing in sixth place, upon which she was immediately signed by Simon Cowell to his label SYCO. Already a proven sensation in the UK, Ella Henderson marks her arrival in the U.S. with the release of her debut album, Chapter One, on January 13th, 2015.

Chapter One was released in the fall of 2014 in the UK, and entered at # 1 on the UK Album Chart. Described as honest, assured, vocally astonishing and unmistakably special, the teenage songwriter co-wrote the album with some of the world's greatest songwriters from Babyface [Whitney Houston, TLC] to Al Shux [Alicia Keys] and Salaam Remi [Amy Winehouse]. The first single from the album, "Ghost" was co-written with One Republic's Ryan Tedder, is already platinum in the UK and Australia, and is now becoming a U.S. pop radio smash!

"Writing this album I had to make sure I allowed myself the time to find my own sound and direction," says Ella. "I wanted it to feel like I'd covered every aspect of what I want to say through my music. My writing's very personal, like an open diary, so it had to be real and honest. When I think of the different types of music I listened to growing up, I fell in love with them because I believed it. So the one thing I want to share with people is the opportunity to listen to the truth."

Ella has brilliantly transitioned to the U.S. forefront, showcasing her soaring vocals with performances on Good Morning America, The TODAY Show, Dancing with the Stars, The Ellen DeGeneres Show, Late Night with Seth Meyers, The Voice and also a special performance on the 2014 American Music Awards live pre-show. She has been dubbed an 'Artist on the Verge' by Billboard and is also in the running for their '21 Under 21' 2015 Class.

All Your Favorite Bands