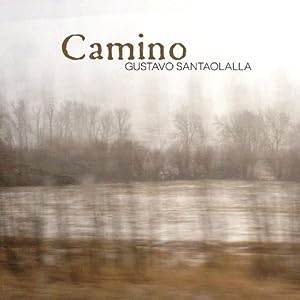 $14.41
As of 2022-11-17 22:26:07 UTC (more info)
Not Available - stock arriving soon
Buy Now from Amazon
Product prices and availability are accurate as of 2022-11-17 22:26:07 UTC and are subject to change. Any price and availability information displayed on http://www.amazon.com/ at the time of purchase will apply to the purchase of this product.
See All Product Reviews

The New Album by the Grammy® and Academy Award®-Winning Composer

Gustavo Santaolalla's 1997 solo instrumental album "Ronroco" was the pivotal musical catalyst that began his notoriety as one of the most sought-after composers in the film, TV and advertising worlds. CAMINO (road, path, journey in Spanish) is the long-awaited follow-up to that album a rich and beautiful instrumental journey featuring Santaolalla's unmistakable sound and song craft. The album includes 12 new tracks, along with one of the featured tracks from his recent BAFTA Games -nominated soundtrack to Sony PlayStation®'s "The Last of Us." CAMINO primarily features Santaolalla's signature playing of the ronroco (a 10-string Andean folk instrument, similar to the churranga) along with touches of the many other string instruments he has mastered such as guitar, guitarrón, oud, cuatro, toba violin & bouzouki.

About Gustavo Santaolalla
Gustavo Santaolalla is a multi-faceted artist that is best known for his work writing movie scores and producing albums. He is also the founder of the alt-tango band, Bajofondo. As a composer, he has won two Academy Awards® for Best Original Score for his work on Babel and Brokeback Mountain, for which he also won a Golden Globe® Award. He s won two Grammy Awards® as an album producer: Best Latin Pop Album for "Juanes' La Vida...Es Un Ratico" and Best Latin Rock/Alternative Album for Cafe Tacuba's "Cuatro Caminos." Most recently, Santaolalla composed the score for the Jack Kerouac movie, "On The Road," and he is currently writing the score for the stage musical "Pan's Labyrinth."

Year of the Cat