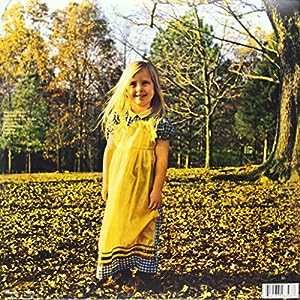 $15.43
As of 2021-03-02 08:24:00 UTC (more info)
Not Available - stock arriving soon
Buy Now from Amazon
Product prices and availability are accurate as of 2021-03-02 08:24:00 UTC and are subject to change. Any price and availability information displayed on http://www.amazon.com/ at the time of purchase will apply to the purchase of this product.
See All Product Reviews

By the time they released their fifth album BROTHERS AND SISTERS in August 1973, The Allman Brothers Band had experienced dizzying highs and soul-crushing lows. The group had spent its first two years developing its formidable collective chemistry into an unprecedented stylistic fusion that established it as the era's most influential American rock act. But just as the band had achieved a hard-won commercial breakthrough with 1971's At Fillmore East, it suffered a devastating loss with the death of Duane Allman, its founder, leader and musical visionary, in a motorcycle crash on October 29, 1971.

Following Duane's traumatic passing, the band regained its bearings and soldiered on, with Duane's brother, singer/organist Gregg Allman, and guitarist/vocalist Dickey Betts now the lone axeman in an act famous for its dual-guitar fireworks-assuming more prominent roles in its direction. The musicians marshaled their strengths to make BROTHERS AND SISTERS their first album recorded completely without Duane a decisive creative rebirth as well as their best-selling release to date.

BROTHERS AND SISTERS bested the sales of At Fillmore East and Eat A Peach, spending five weeks at #1 and becoming the first Allman Brothers Band release to gain Platinum sales status.