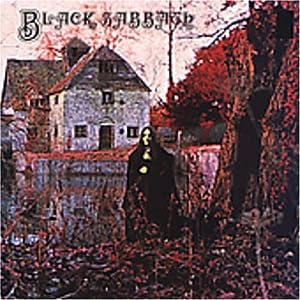 $7.97
As of 2022-11-21 06:49:32 UTC (more info)
Not Available - stock arriving soon
Buy Now from Amazon
Product prices and availability are accurate as of 2022-11-21 06:49:32 UTC and are subject to change. Any price and availability information displayed on http://www.amazon.com/ at the time of purchase will apply to the purchase of this product.
See All Product Reviews

1970 debut album from the masters of metal featuring plenty of the gothic colorings and blues-heavy riffs that put Sabbath on the map: Black Sabbath; The Wizard; Wicked World; Wasp; Behind the Wall of Sleep; Bassically; N.I.B , and more!

Some might claim that this 1970 debut is the definitive Black Sabbath record. While the gothic overtones of the opening track, "Black Sabbath" (thunderstorms and foreboding church bells introduce Ozzy Osbourne's howl and Tony Iommi's sludgy guitar), and the raucous defiling of Cream on "N.I.B." were thrilling then (and remain so now), there is too much wanking here to really qualify the collection as the must-have Black Sabbath record. (That prize would have to go to Paranoid.) But the blues-heavy riffs of "The Wizard," the soon-to-be-famous chord-progression stylings on "Wasp," and the grunge-boogie of "Wicked World" allow it to stand as a solid testament to the deep and lasting influence the band has had over the years. --Lorry Fleming