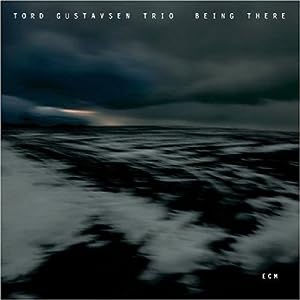 $10.23
As of 2020-04-03 04:46:51 UTC (more info)
Not Available - stock arriving soon
Buy Now from Amazon
Product prices and availability are accurate as of 2020-04-03 04:46:51 UTC and are subject to change. Any price and availability information displayed on http://www.amazon.com/ at the time of purchase will apply to the purchase of this product.
See All Product Reviews

One of the great success stories of jazz in the last five years, the Tord Gustavsen Trio follows up their first two hit albums with the eagerly-anticipated Being There. The new release finds the trio continually opening up the music in new and lyrical ways. Along with Gustavsen's infectious music (both ballads and up-tempo), drummer Jarle Vespestad and bassist Harald Johnsen make considerable contributions to the new album. Johnsen lends his compositional skills with the graceful tango Karmosin, and Vespestad is often as much a front-line voice in the music as Gustavsen himself. Proving that sensual, spiritual jazz can come from even icy Norway, the Tord Gustavsen Trio stormed onto the jazz scene in 2003 with their debut recording, Changing Places. 2005's The Ground took the band one step further and even topped the pop charts in Norway, an unprecedented achievement.The restraint of Gustavsen's approach and the infectiousness of his simply drawn melodies has spoken to an audience that does not normally concern itself with improvisation.

Such is the arresting beauty of Tord Gustavsen's sound, it's no surprise that his albums have captured a significant following, surpassing even those of other rarified artists on the ECM label. But the Norwegian pianist doesn't live on beauty alone. His sculpted playing, which draws strongly on his church background with its tidy gospel voicings while also incorporating Spanish and South African accents, has a kind of liquid weight that brings to mind Ethan Iverson of the icon-bashing Bad Plus, as markedly different as they are stylistically. Beyond that, it's the remarkable shift-shaping qualities of Gustavsen's trio that make Being There so compelling. Gustavsen has talked about being influenced artistically by "the psychology of relationships." The psychology of the relationship among him, bassist Harald Johnsen, and drummer Jarle Vespestad is made compelling not only by standard interactive effects, but also by the unique shape-shifting that occurs through continual shifts in how much voice each player has in relation to the others, how much lightness or darkness, how much intensity. A notable advance over the trio's first two albums, on which being deliberate sometimes translated into dull, Being There rarely loses its grip. There are stories being told here, with endings that change with each spin. --Lloyd Sachs