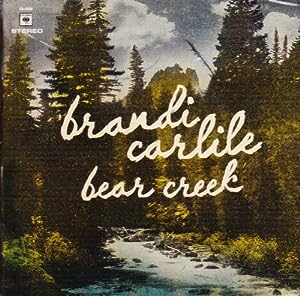 $7.43
As of 2023-01-22 07:04:11 UTC (more info)
Not Available - stock arriving soon
Buy Now from Amazon
Product prices and availability are accurate as of 2023-01-22 07:04:11 UTC and are subject to change. Any price and availability information displayed on http://www.amazon.com/ at the time of purchase will apply to the purchase of this product.
See All Product Reviews

Bear Creek is the fourth studio album Brandi Carlile, hailed as "the best voice in indie rock" by Paste Magazine.

The first single from the album is "That Wasn t Me." The soulful piano-based track showcases the warmth and subtle power of Carlile s vocals. It is the cornerstone of an earthy collection that embraces all of her musical influences folk, pop, country, rock, gospel and blues. From the spirited "Hard Way Home" and chilling country blues of "Raise Hell" to the poignant "Rise Again" and ethereal "Just Kids," Carlile manages to be at once plainspoken and poetic. The rich imagery of "Keep Your Heart Young" evokes childhood dreams with such unerring accuracy it is apt to elicit renewed vows to never grow up while "Save Part Of Yourself" and "100" wistfully underscore the lifetime impact of a lost love.

Named for the studio where most of the album was recorded Bear Creek Studios, which is housed in a converted early 20th century barn near Carlile s hometown of Seattle it features her longtime band mates: Tim and Phil Hanseroth ("The Twins," who co-wrote many of the songs with Carlile and play guitar and bass respectively), drummer/percussionist Allison Miller and cellist Josh Neumann plus Dave Palmer on keyboards and Jeb Bows on violin and mandolin. Drummer Matt Chamberlain guests on several tracks.

only $3.51
Not Available
View Add to Cart