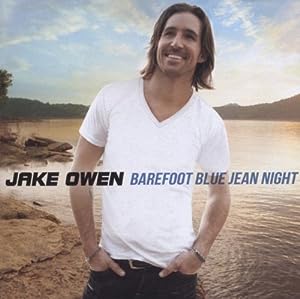 $3.79
As of 2022-01-11 20:31:31 UTC (more info)
Not Available - stock arriving soon
Buy Now from Amazon
Product prices and availability are accurate as of 2022-01-11 20:31:31 UTC and are subject to change. Any price and availability information displayed on http://www.amazon.com/ at the time of purchase will apply to the purchase of this product.
See All Product Reviews

Jake Owen releases his third studio album, Barefoot Blue Jean Night. The launch is supported by the debut single "Barefoot Blue Jean Night" which is the fastest-rising single of his career and to date, has sold over 300k. The title track is racing up the charts,making it his sixth Top-15 hit as it continues to climb toward the top.
Jake is an ACM winner as Top New Male Vocalist, and has also has earned CMA, CMT, and GRAMMY award nominations while becoming a fan-favorite. He has previously toured with superstar artists Kenny Chesney, Brad Paisley, Carrie Underwood, Sugarland and Alan Jackson. Jake is currently on the
road with Keith Urban's Get Closer 2011 World Tour and continues throughout the summer.

only $6.02
Not Available
View Add to Cart