Band of Brothers by Legacy 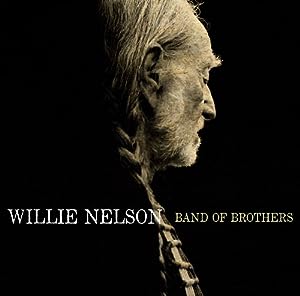 Band of Brothers by Legacy

$2.99
As of 2023-01-28 07:40:36 UTC (more info)
Not Available - stock arriving soon
Buy Now from Amazon
Product prices and availability are accurate as of 2023-01-28 07:40:36 UTC and are subject to change. Any price and availability information displayed on http://www.amazon.com/ at the time of purchase will apply to the purchase of this product.
See All Product Reviews

Description of Band of Brothers by Legacy

We are happy to stock the famous Band of Brothers.

With so many available recently, it is great to have a make you can trust. The Band of Brothers is certainly that and will be a great purchase.

For this reduced price, the Band of Brothers is widely recommended and is a popular choice for lots of people. Legacy have included some great touches and this results in good value.

The much-anticipated successor To All The Girls... (which became Willie's first Top 10 album in more than three decades when it was released in October 2013) Band of Brothers is the artist's first album of predominately new original material in nearly two decades, debuting the master tunesmith's first major batch of newly-penned songs since his Spirit album in 1996. "I got on kind of a writing kick," Willie Nelson said recently, "it's good to be writing again."

The influential songwriter--whose early successes brought pop and country together with unforgettable standards like "Crazy" (Patsy Cline), "Hello Walls" (Faron Young), "Funny How Time Slips Away" (Billy Walker), "Night Life" (Ray Price) and many others--has added nine new essential songs to his classic catalog. One of Willie's most personal albums to-date, the songs on Band of Brothers range from the introspective ("The Wall" and "Send Me a Picture") to the rollicking ("Wives and Girlfriends" and "Used To Her").

Rounding out the album are five songs, penned by others, which compliment and unite the album's sonic textures and lyric themes. Included are Willie's interpretations of Vince Gill's "Whenever You Come Around", Billy Joe Shaver's "The Git Go" (a duet with Jamey Johnson) and the appropriately-titled "Songwriter," written by Gordie Sampson and Bill Anderson.

only $8.18
Not Available
View Add to Cart