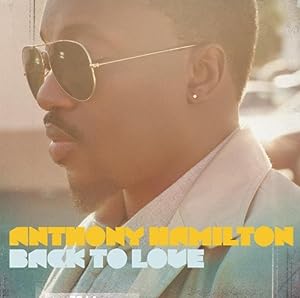 $6.77
As of 2022-11-26 09:12:33 UTC (more info)
Not Available - stock arriving soon
Buy Now from Amazon
Product prices and availability are accurate as of 2022-11-26 09:12:33 UTC and are subject to change. Any price and availability information displayed on http://www.amazon.com/ at the time of purchase will apply to the purchase of this product.
See All Product Reviews

"Woo" is the first single from Hamilton's 4th studio album, set for a December 13th release on RCA Records. The follow-up to Hamilton's Gold-certified, critically-acclaimed 2008 release The Point of it All, the new album will feature production by industry legends and Grammy Award winning producers Kenny "Babyface" Edmonds, Salaam Remi, Kelvin Wooten ("So in Love") and Hamilton, himself.

With his distinctive voice and signature grit, soul and funk, Hamilton has gained a steady and loyal fan base throughout his career beginning with his 2003 platinum-certified debut album Comin' From Where I'm From, which spawned the chart-topping song, "Charlene." In 2005, the Charlotte, North Carolina native followed up with his gold-certified sophomore album Ain't Nobody Worryin' which featured the #1 hit, "Can t Let Go." The singer/songwriter/producer released The Point of it All in 2008 to critical acclaim, including USA Today's declaration that Hamilton is "one of the genre's rare singers." In 2009, Hamilton won his first Grammy Award for his collaboration on Al Green's, "You Got the Love I Need."

only $5.24
Not Available
View Add to Cart

I Learned The Hard Way

only $5.38
Not Available
View Add to Cart