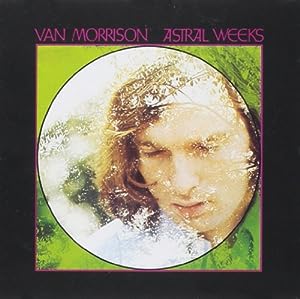 $4.00
As of 2022-12-05 10:07:34 UTC (more info)
Not Available - stock arriving soon
Buy Now from Amazon
Product prices and availability are accurate as of 2022-12-05 10:07:34 UTC and are subject to change. Any price and availability information displayed on http://www.amazon.com/ at the time of purchase will apply to the purchase of this product.
See All Product Reviews

Possibly the most profound "rock" album ever, with Van sounding like some Celtic bard over the jazzy accompaniment of bassist Richard Davis and MJQ drummer Connie Kay. Utterly unique.

Never mind that Van Morrison is one of the most indelible songwriters of the 20th century--take each album on its own terms. On 1968's seminal Astral Weeks, a twentysomething Van Morrison can be found belting his gospelly, bluesy vocals in just as fine a form as he would be 20 years hence. In the sociopolitical context of the times, the album cried out about such ubiquitous '60s themes as cultural oppression and social upheaval. But it is Morrison's vocal dexterity and passion that maintains such timeless appeal. Take tracks like "Madame George" or "Cyprus Avenue" and you'll find such beautiful mourning, it'll be clear why modern songwriter Sinéad O'Connor once publicly exclaimed: "Van Morrison should be friggin' canonized." --Nick Heil