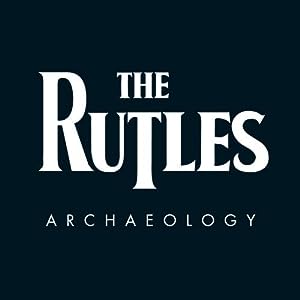 $11.80
As of 2022-09-24 14:17:12 UTC (more info)
Not Available - stock arriving soon
Buy Now from Amazon
Product prices and availability are accurate as of 2022-09-24 14:17:12 UTC and are subject to change. Any price and availability information displayed on http://www.amazon.com/ at the time of purchase will apply to the purchase of this product.
See All Product Reviews

Archaeology by The Rutles

From a postmodern perspective, it's entirely fitting for the Rutles, the Beatles spoof band started by Eric Idle (Monty Python) and Neil Innes (Bonzo Dog Band) in 1978, to come back in the mid-'90s. After all, the Beatles did with Anthology, the albums and the documentary. Hence the new Rutles release, Archaeology. But as Spinal Tap proved with its 1992 comeback album, the joke is never as funny the second time around. In any event, the 16 songs on Archaeology are smartly written, deftly recorded, spot-on parodies of the Beatles tunes we hear daily in elevators and dentists' offices. You knew they would be. "Major Happy's Up and Coming Once Upon A Good Time Band" takes on "Sgt. Pepper's," of course, and segues neatly into "Rendezvous," in which the Rutles' drummer is none too happy to get a little help from his friends. "Joe Public" lovingly skewers "Tomorrow Never Knows," as well as the concept of mass-market merchandising, while the single and video "Shangri-La" mix "Magical Mystery Tour" and "All You Need Is Love." But towards the end, the Rutles are running so short on material that they're parodying solo Ringo ("Easy Listening") and Wings ("Eine Kleine Middle Klasse Musik"). The question is: Why bother? The original did all this the first time. The Beatles satirize themselves whenever they attempt anything new. (Don't forget the Traveling Wilburys, or McCartney's foray into ambient house with Youth as the fireman. And let's not even start with Richard Starkey.) And you can hear the ultimate Beatles goof just about any time you turn on modern-rock radio. It's name is Oasis, and if there's a better argument that it's time for phony Beatlemania to bite the dust, I have yet to hear it. Jim Derogatis

Who Me I'm Not Him