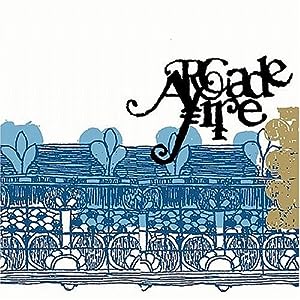 $35.00
As of 2022-12-08 16:57:35 UTC (more info)
Not Available - stock arriving soon
Buy Now from Amazon
Product prices and availability are accurate as of 2022-12-08 16:57:35 UTC and are subject to change. Any price and availability information displayed on http://www.amazon.com/ at the time of purchase will apply to the purchase of this product.
See All Product Reviews

The debut EP in it's original packaging available again through Merge after a brief hiatus! Originally self-released by the band in 2003, the album has been remastered. 2005.

Arcade Fire fans are an enthusiastic bunch, and they've been hungry for more music from their favorite group. But be forewarned, this EP was actually recorded and released by the band independently in 2003. The EP is an interesting view into the development of these musicians; decidedly less experienced at that point, the band didn't have quite as much oomph as they do now. When you compare these tracks with their first single, "Rebellion (Lies)" from Funeral, you can immediately feel a difference in confidence, from vocals on through to orchestration. That said, there is still plenty for fans to enjoy on this EP; for starters, none of these seven songs show up on their full-length, so that gives Fire fans an extra half hour of music to enjoy. Secondly, husband and wife team Win Butler and Régine Chassagne's vocals and songwriting still shine, most especially on the standout "No Cars Go" and the beautifully fragile "Headlights Look Like Diamonds." Funeral remains the best introduction to Arcade Fire, but this CD is still a great glimpse of a band with a bright future ahead. --Denise Sheppard