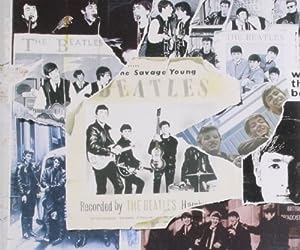 $21.06
As of 2021-12-03 20:13:45 UTC (more info)
Not Available - stock arriving soon
Buy Now from Amazon
Product prices and availability are accurate as of 2021-12-03 20:13:45 UTC and are subject to change. Any price and availability information displayed on http://www.amazon.com/ at the time of purchase will apply to the purchase of this product.
See All Product Reviews

Over 50 rare nuggets from the Fab Four's earliest (1958-1964) days, included the fabled Decca audition tape that the label, to its eternal dismay, rejected, plus early Quarrymen recordings ( That'll Be the Day ), a version of Love Me Do with Pete Best on drums, a demo of Can't Buy Me Love , You Know What to Do (the second song George ever wrote) and many more essential, oft-bootlegged-but-never-sounding-so-good Beatles rarities.

This is the first release in a three-part series that essentially amounted to the three surviving Beatles officially sanctioning the release of tracks that had been bootlegged for years. Thus, you get some of their earliest recordings as teens; the tracks they cut in Hamburg, Germany; their Decca audition tapes (which were rejected); and, finally, alternate takes and works in progress of songs that are now part of the world's consciousness. Oh, yeah, you also get "Free As a Bird," the John Lennon track the other Beatles "finished" in 1995; it's out of context in the company of some of the group's early classics. Beatlemaniacs, of course, love exploring this stuff, but the three Anthologies are hardly a place for beginners to start their explorations. --Bill Holdship

BEATLES THE ANTHOLOGY I (2CD)

Songs for the Sangha