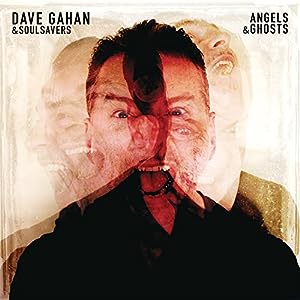 $5.13
As of 2021-06-19 17:40:57 UTC (more info)
Not Available - stock arriving soon
Buy Now from Amazon
Product prices and availability are accurate as of 2021-06-19 17:40:57 UTC and are subject to change. Any price and availability information displayed on http://www.amazon.com/ at the time of purchase will apply to the purchase of this product.
See All Product Reviews

Multi-platinum selling, Grammy Award-winning recording artist Dave Gahan, along with musical partner Soulsavers,new album is 'Angels & Ghosts'. This is the collaborators' second album, following their critically-acclaimed 2012 release 'The Light the Dead See'. The utterly riveting album boasts nine original tracks, all written by Dave Gahan & Soulsavers.
An evolution from their first album, 'Angels & Ghosts' proves to be a markedly stronger and more hard-hitting body of work. Listeners can expect to be led through an aural mix of dark, brooding sounds, elements inspired by gospel and blues, and the stark beauty that has become a signature of Dave and Soulsavers works. Dave Gahan's emotionally powerful voice has never sounded better, and drives the album forward over a landscape of meticulously crafted instrumentation.
A transatlantic collaboration, the writing process started with Dave Gahan and Soulsavers' Rich Machin exchanging demos and ideas from their respective studios in lower Manhattan and rural England. They then recorded the album with additional musicians in studios around the world, including classic locations such as Sunset Sound in Los Angeles and Electric Lady in New York. The end result is a vibrant, live-sounding album, and proof of the "instant and obvious fit" Machin felt writing with Gahan.