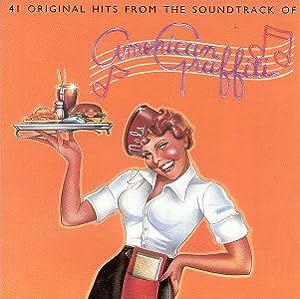 $18.92
As of 2021-01-14 21:00:39 UTC (more info)
Not Available - stock arriving soon
Buy Now from Amazon
Product prices and availability are accurate as of 2021-01-14 21:00:39 UTC and are subject to change. Any price and availability information displayed on http://www.amazon.com/ at the time of purchase will apply to the purchase of this product.
See All Product Reviews

Description of American Graffiti from MCA

We are happy to present the fantastic American Graffiti.

With so many available today, it is good to have a make you can trust. The American Graffiti is certainly that and will be a perfect purchase.

For this reduced price, the American Graffiti comes widely respected and is always a popular choice with many people. MCA have included some nice touches and this equals good value.

For those of us who grew up in the '70s, this drive-in compilation of '50s and '60s rock and doo-wop, complete with Wolfman Jack introductions, was our introduction to this music. There are 41 jukebox hits here, and every one of them is a classic of its time (although two tracks--"At the Hop" and "She's so Fine" are covers by the revival band Flash Cadillac & the Continental Kids). In his 1973 movie, director George Lucas used the music (and the presence of mysterious deejay Wolfman) as the AM-radio soundtrack to one night in suburban California, 1962. The idea was to capture and sustain an end-of-summer, end-of-innocence mood that's in the air throughout the picture-- not as a shortcut to establishing a period (as in Robert Zemeckis'Forrest Gump). There's an awful lot of spontaneous energy in these tunes--from Chuck Berry and Buddy Holly, to the Platters and the Clovers and the Del-Vikings, to the Crests and the Beach Boys--and also just a hint of melancholy that goes down very nicely with a burger, shake, and fries. --Jim Emerson

only $9.32
Not Available
View Add to Cart

In Praise of Learning

only $4.90
Not Available
View Add to Cart