All the Right Reasons by Roadrunner Records 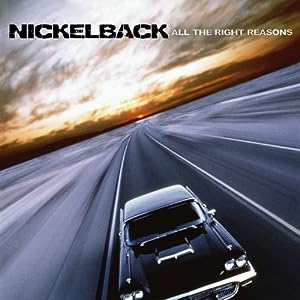 All the Right Reasons by Roadrunner Records

$3.53
As of 2023-02-05 00:36:36 UTC (more info)
Not Available - stock arriving soon
Buy Now from Amazon
Product prices and availability are accurate as of 2023-02-05 00:36:36 UTC and are subject to change. Any price and availability information displayed on http://www.amazon.com/ at the time of purchase will apply to the purchase of this product.
See All Product Reviews

Description of All the Right Reasons by Roadrunner Records

Top40 Music Store are happy to offer the fantastic All the Right Reasons.

With so many on offer right now, it is good to have a brand you can recognise. The All the Right Reasons is certainly that and will be a great purchase.

For this price, the All the Right Reasons is highly recommended and is always a popular choice with most people. Roadrunner Records have added some excellent touches and this equals good value for money.

"All the Right Reasons" is Nickelback's fifth studio album that reached 7x platinum status, and critical acclaim. It spawned five hot 100 singles, and made the #1 spot on VH1's playlist.

Throughout their nine-year career, Nickelback have stayed true to their roots, releasing five CDs of straight-up, unapologetic rock & roll. So how have things changed for the Canadian boys since the massive success of Silver Side Up and The Long Road? Well, brothers Chad and Mike Kroeger still live in the Great White North, and they still write hook-laden rock songs. The only difference now is that they have the satisfaction, 10 million CDs later, of smugly knowing that even some of their biggest naysayers will guiltily admit to singing along with Nickelback's catchy hits. On All the Right Reasons, one track definitely ranks high up in hum-ability: the first single, "Photograph," reminisces about the bittersweetness of high school in a small town--once again reconfirming frontman Chad Kroeger's ability to write memorable hooks. Regarding the rest of the disc: standard rock topics like love, lust, jealousy, and breakups abound, with riff-y delivery that longtime fans will love. The guilty pleasure bunch will also find what they need within the grooves, on the ballad "If Everyone Cared," the riff-heavy "Fight for All the Wrong Reasons," and the Metallica-inspired "Savin' Me." The disc's most impressive and simultaneously surreal moment, however, exists on "Side of a Bullet," a passionate revenge tale written about the killer of Pantera guitarist "Dimebag" Darrell Abbott, which features one of the late Abbott's guitar solos as donated by Pantera bandmate and brother, drummer Vinnie Paul. --Denise Sheppard

NICKELBACK ALL THE RIGHT REASONS

Greatest Hits: We Will Rock You Edition