All Over the World: The Very Best of Electric Light Orchestra 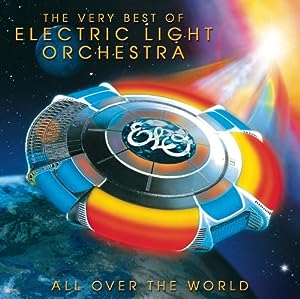 All Over the World: The Very Best of Electric Light Orchestra

$6.94
As of 2021-11-29 06:24:25 UTC (more info)
Not Available - stock arriving soon
Buy Now from Amazon
Product prices and availability are accurate as of 2021-11-29 06:24:25 UTC and are subject to change. Any price and availability information displayed on http://www.amazon.com/ at the time of purchase will apply to the purchase of this product.
See All Product Reviews

All Around The World is a collection of hits from one of the steadiest selling artists in the world! Newly remastered by band mastermind Jeff Lynne and including liner notes written by Lynne. 20 total tracks including 'Evil Woman', 'Turn To Stone', 'Hold On Tight', 'Showdown', 'Rockaria', 'Alright', 'Rock N' Roll Is King' and many more hits! Sony. 2005.

The Electric Light Orchestra were one of the biggest and most successful bands of the late 1970s, producing a massive string of hit singles and albums that almost any other band would envy. Their works have been cited as influences by such hip acts as Grandaddy and Super Furry Animals. Their frontman and leader Jeff Lynne has been the producer of choice for people like Paul McCartney, Tom Petty and George Harrison. From "Evil Woman", "Don't Bring Me Down" and "Mr Blue Sky" to "Livin' Thing" and "Hold On Tight", there are few duds amongst these 20 remastered tracks. ELO produced some of the biggest and best singles in rock & roll's history, and All Over The World: The Very Best Of ELO is an excellent reintroduction to this great band. Hopefully, this also signals the beginning of a long-overdue revival and re-evaluation. --Robert Burrow