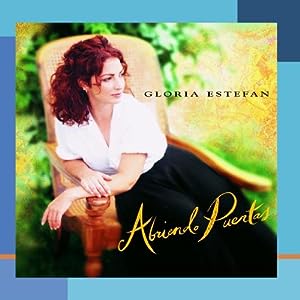 $10.29
As of 2022-09-22 03:58:27 UTC (more info)
Not Available - stock arriving soon
Buy Now from Amazon
Product prices and availability are accurate as of 2022-09-22 03:58:27 UTC and are subject to change. Any price and availability information displayed on http://www.amazon.com/ at the time of purchase will apply to the purchase of this product.
See All Product Reviews

After re-establishing her Latin identity with Mi Tierra, her tribute to Afro-Cuban music, Cuban American singer Gloria Estefan made yet another surprising move, this time exploring the music of Latin America, mostly Colombia. What started as a modest, end-of-the-year holiday album became perhaps the most artistically satisfying album of her career. Aided by Colombian arranger and producer Kike Santander (who also wrote most of the material), Estefan explores vallenato (the title track and "Dulce Amor"), merengue ("Tres Deseos"), currulao, a Colombian rhythm ("Farolito," the highlight of the album) and, of course, salsa ("Nuevo Dia"). For fans of her ballad singing, Estefan also includes the elegant, "Mas Alla." A quirky Gloria Estefan album, yet one of her best. --Fernando Gonzalez