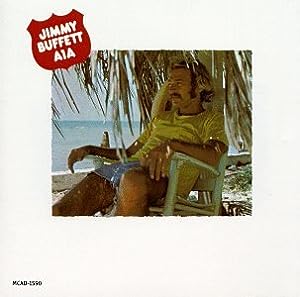 $11.98
As of 2022-11-18 20:57:13 UTC (more info)
Not Available - stock arriving soon
Buy Now from Amazon
Product prices and availability are accurate as of 2022-11-18 20:57:13 UTC and are subject to change. Any price and availability information displayed on http://www.amazon.com/ at the time of purchase will apply to the purchase of this product.
See All Product Reviews

Even without a hit single, this 1975 LP struck a chord with its reflective, evocative songs-and became Buffett's first Top 40 album as a result. Key cuts: Migration; A Pirate Looks at Forty; Makin' Music for Money , and Life Is Just a Tire Swing .

Jimmy Buffett's albums are almost always happily hedonistic, but every now and then even he admits that there's hell to pay for all the high jinks. On A1A, an album named for the coastal highway that ends just blocks from the singer's onetime home in Key West, Florida, that realization comes in the form of "A Pirate Looks at Forty" and "Trying to Reason with the Hurricane Season," which acknowledge the onset of a king-size hangover. Buffett offers some hair of the dog on "Presents to Send You" and "Life Is Just a Tire Swing," however, and there's a nice selection of other tracks as well, including the lovely waltz "Nautical Wheelers" and "Door Number Three," a hilarious if somewhat dated song about the long-lost game show Let's Make a Deal. --Daniel Durchholz

From Here To Now To You

With a Lampshade on

only $8.74
Not Available
View Add to Cart