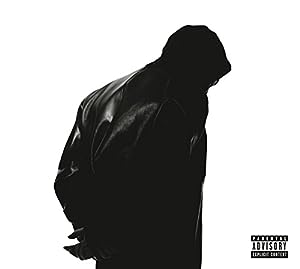 $4.16
As of 2023-01-25 22:23:42 UTC (more info)
Not Available - stock arriving soon
Buy Now from Amazon
Product prices and availability are accurate as of 2023-01-25 22:23:42 UTC and are subject to change. Any price and availability information displayed on http://www.amazon.com/ at the time of purchase will apply to the purchase of this product.
See All Product Reviews

'32 Levels' is the long awaited new album from Clams Casino. The iconoclast hip-hop producer s album includes 12 original tracks with vocal appearances from an impressive cast of collaborators, including Vince Staples, Kelela, Sam Herring (Future Islands), Joe Newman (alt-j) and more. The album also includes his first ever collaboration between A$AP Rocky and Lil B, on the track "Be Somebody." Instrumental versions of every track on the album will be made available across all formats which include digital, CD and a special 2 LP set in gatefold packaging. Creative direction and design on '32 Levels' is by Trevor Jackson, the renowned art director, designer, moving-image maker, producer and Output Recordings label founder.

In 2011, Clams Casino compiled a set of his favorite beats into the now essential mixtape Instrumentals Vol 1, that he achieved widespread recognition. Rolling Stone called him a "visionary," SPIN described his music as "fascinating and ominously exhilarating" and he was lauded on BBC Radio 1 by legendary producer Brian Eno. He has since developed a formidable resume, having appeared on four top 10 albums (The Weeknd Trilogy, #4 debut, A$AP Rocky Long.Live.A$AP, #1 debut, Schoolboy Q Oxymoron, #1 debut and Mac Miller Blue Slide Park, #1 debut). Clams has also contributed production on many critically acclaimed artists' albums, including FKA Twigs, Vince Staples, A$AP Ferg, and ScHoolboy Q.

CD includes digital download code for instrumental versions of all the songs on the album.