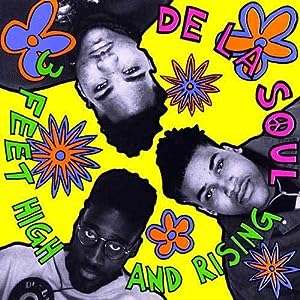 De La's debut represented a new path for hip-hop, a reaction to conventions that had turned into clichés. It was friendly and playful enough to cross over to a pop audience (thanks to Prince Paul's production, which found the funk hiding inside Steely Dan and "Schoolhouse Rock"), but complicated and tough enough to be hugely influential in the hip-hop world. Cryptic but ecstatic, and sometimes sexy (especially the ingenious double-entendre "Buddy"), Trugoy and Posdnuos's lyrics invented a "new style of speak," dense with self-invented slang and metaphors. The hits, including "Say No Go" and "Me Myself And I," are delightful, but the little sketches and sound-experiments between them make the whole disc flow effortlessly. --Douglas Wolk